Pastor
The Rev’d Howard Hynes
[email protected]
Howard was ordained to the deconate and priesthood in 1983 after graduating from Trinity College, Toronto.  He served as a parish priest for 25 years in the Anglican Church of Canada, 10 of which were spent in Labrador. He joined the Anglican Network in Canada 2008 and, since that time, has been the pastor of St. Stephen the Martyr.  Howard has three young adult children.

Rector’s Warden
Herman Russell
Email:  [email protected]
Herman and his wife Rita have been married for 49 years and both are cradle Anglican’s having served in several capacities over the years.  They left the Anglican Church of Canada (AOC) several years ago to join the Anglican Network in Canada (ANIC).  Rita is retired from the Civilian Military and Herman recently retired as a Fishery Officer with the Department of Fisheries and Aquaculture.  They are active members of St. Stephen the Martyr Church, presently serving as Eucharistic Ministry Co-ordinators as well as in other leadership roles.  Herman is hopeful for the future of both St. Stephen the Martyr Church and ANIC in general.  He believes that because Jesus is our Inspirer, Empowerer, Guide, Protector and Saviour and the people who make up St. Stephen the Martyr are faithful, generous and committed, we will continue to be vibrant as we face a world filled with uncertainty.  As Clergy Warden, Herman welcomes any suggestions or concerns any member of the congregation may have. 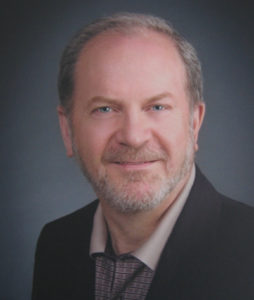 People’s Warden
Hayward Keats
Tel: (709)368-6175
[email protected]
Hayward and his wife Phyllis of 45 years joined the church of the Parish of St. Stephen the Martyr almost five years ago.  God loving with an unfaltering belief in Jesus Christ, they have devoted their regular worship at St. Stephen the Martyr. Hayward’s love for God’s word, the Holy Bible, is evident in his becoming a certified teacher of the Bethel Series.  Hayward and Phyllis teach classes on a regular basis.  Hayward’s compassion for the Holy Bible and devotion to spreading the Good News will bring support to help grow our church.  As your warden, Hayward would love to hear from all who are members of our church.  He would also extend that message to all those who wish to attend our church.

Gil, as we fondly call him, is a retired member of the off-shore management team.  Gill became a lay reader with the Anglican Church of Canada (ACOC) in 1959.  Throughout the ensuing years he served in leadership roles in various parishes.  Gil and his wife Daphne of 51 years left the ACOC to join with the founding members of the ANiC Parish of St. Stephen the Martyr.  Gil has continued as a lay reader with our Church and both him and Daphne are Eucharistic ministers.  Gill invites any who would like to experience the never ending love of Jesus and the overpowering presence of the Holy Spirit to attend services at St. Stephen the Martyr.

Lois, married to Wayne, has been a parish secretary and treasurer for many years.  Unpaid in this position, she considers it a labour of love for the Lord and her parish.  As administrator, Lois plays a major role in keeping the “wheels’ of parish life turning.  A task is never too great for Lois!

Scroll back to top